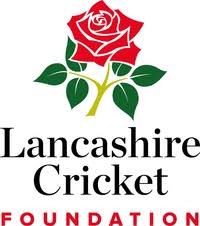 1STs BRIDGE THE GAP & WALK INTO ROUND 2!

The 1st XI (with an army of supporters) took the team bus to Vernon Carus CC on Sunday, for the 1st Round of the Lancashire Cricket Foundation KO Cup.

Well, more precisely, they took the team bus to as near to Vernon Carus CC as a low bridge would allow, leaving the players (with their kit bags) and supporters (with their picnics and, er, liquid refreshments) facing a short walk to the ground which, added to an earlier unscheduled detour round a housing estate, resulted in the match starting half an hour late.

To business, and Adam Hawley won the toss, choosing to bat first. One enforced change to the team saw 2nd XI skipper Danny Hall promoted to replace Nick Bailey – only one overseas player is permitted in this competition….word is that our Aussie challenged Neil Hornbuckle to resolve this with a game of Rock, Paper, Scissors, but the Pro (possibly wisely) declined!

Just as 24 hours previously, Liam Parkinson (44) and Adam (26) departed in that order but, at 75 for 2 in only the 10th of 45 overs, with Neil now joining Scott Kirwin at the crease, the foundations for a big score had been laid. But, unlike Saturday, it was not this partnership that would move the innings along, as the South African departed for 10, with the score on 97. At drinks, the mid-point(ish) of our innings, with the score on 159 for 3, and Scott and Matt Sonczak both “in, in” the talk on the spectators’ side of the (very short, in places) boundary was of a total considerably in excess of 300. Both batsmen would reach 50 but, by the time Matt reached his, at a run a ball, Scott had departed for 60 from just 46. The end of Kyle O’Reilly for 19, with the score on 234 for 5 in the 32nd over, precipitated a rather quicker end to the innings than had seemed likely – including the dismissal of Matt for 55 from 62 balls – as we were all out for 267 in the 41st over.

Although the feeling amongst the increasingly, er, merry, shall we say, away support was that more than enough runs were on the board, the hosts started their reply steadily enough against the new-ball pairing of Ben Tighe & Danny Hall – Ben breaking the opening partnership in the 9th over, with the score on 28. Scott Kirwin proved to be a mighty fine first-change bowler to have, striking three times in his first 4 overs, at a cost of just 10 runs. From 56 for 4 in the 18th, there was only ever going to be one winner of this contest and, although a 5th wicket partnership of 31 delayed the inevitable, when Scott returned to take the last wicket, finishing with 6.1-2-11-4, the hosts had reached just 103, thereby losing by 164 runs.  Kyle (3 for 19), Matt (2 for 24) and Ben (1 for 27) were the other wicket-takers.

So, a comfortable win sees us into the last 32 of the competition on Sunday June 2nd, when we will travel north again, to Bolton-league outfit Bradshaw CC.

….. be sure to check them out in the SPONSORS section of the website here:
http://www.dentonstlawrencecc.co.u