Following on from Friday night’s win in the 20-over competition, Saturday was (yet) another successful day for both Senior teams in action in the longer format.

The table-topping 1st XI welcomed Royton to Sycamore Park and, having won the toss, it was no surprise to anyone that Adam Hawley chose to bat first. The early loss of Liam Parkinson brought an in-form Scott Kirwin to the crease to join the skipper. Scott quickly became the dominant partner, reaching 50 from just 49 balls, 10 of which were dispatched to the boundary. Both batsmen would depart before the drinks interval – Adam for 27 and Scott for 64 – which was taken with the score on 127 for 3. The innings continued at much the same pace until the 40th over, as the total passed 200 and Neil Hornbuckle completed a 62-ball half century. By this stage, Matt Sonczak had been run out for 21 but Neil, aided by Mark Dillnutt, raised the tempo such that, by the time the latter holed out for 41, the score had passed 250 with more than 5 overs still to come. Those overs were used productively, mainly by our South African professional, as he completed a maiden century for DSL,  from just 87 balls,  with his second six of the afternoon. The final over alone went for 20 runs as we finished on 315 for 6, Neil remaining unbeaten on a magnificent 126* (95 balls, 15×4, 4×6).

Such an imposing total was always likely to ask questions of the visitors, and their reply got off to a stuttering start, quite literally, with an early run-out followed by a couple of wickets for Scott Kirwin. At 24 for 3, with their professional back in the pavilion, the outcome was beyond reasonable doubt. A wicket for Aussie Nick Bailey was followed by 2 in Matt Sonczak’s first over, and a catch for Ben Tighe off his own bowling saw the league’s bottom side in trouble at 87 for 7 in the 19th over. The best partnership of the innnings ensured that the drinks interval would be reached without further loss, but the match came to an abrupt end in the very next over with a burst of 3 wickets in 4 balls from….you’ve guessed it….Neil Hornbuckle, as he wrapped up an excellent day for both himself and the team, finishing with 3 for 14 as DSL recorded a 195 run win and moved 5 points clear at the top of the Premier Division.

The 2nd XI headed to Werneth, strengthened by the return of some of the absentees from the previous week’s defeat. Danny Hall’s team found themselves fielding as a result of the skipper having lost the toss. A double-wicket maiden from Nomi got the innings off to the perfect start, from a DSL point of view, at least, and the hosts struggled to 80 for 9 until a last wicket partnership that more than doubled the score, eventually being broken by Jody Clough (5 for 56) with the total on 164. Nomi took 3 for 24 from his full 14 overs, including 7 maidens, and there was a wicket apiece for the skipper and Lewis Wilson.

With the exception of Danny Moss (38), our top-order batsmen found runs hard to come by and, at 85 for 6, it is fair to say that we were in a spot of trouble as James Gilmore joined his Captain in the middle. There was nothing ginger about their batting as they added 51 in a shade over 10 overs to swing the match in our favour before James was trapped lbw for 15, with the victory target 29 runs away. Mason Hoyle joined Danny to see us safely home by 3 wickets, the skipper finishing on 53 not out as Mason struck the winning boundary. The win puts DSL third in the table, 7 points behind unbeaten leaders Saddleworth. Guess who comes to Sycamore Park on Saturday……..

The 3rd XI were also in action over the weekend, as they made the short trip to Denton West on Sunday afternoon. The hosts batted first, and Kian Clough’s predominantly young team did well to peg them back from 164 for 2 to 205 for 8 from their full 40 overs – Jack Losty, the 8th bowler used, finishing with 3-1-8-4. The target proved just out of reach as we were dismissed for 197 in the final over, but not before Ethan Illingworth had completed his maiden Senior half-century for DSL, making 72 from 105 balls (5×4, 1×6). He and Kian (47) had added 74 for the 3rd wicket, and he added 47 for the 9th wicket with Max Smith (16) to keep us “in the hunt” right up to the end. We sit third in the table, but some distance behind our unbeaten neighbours. 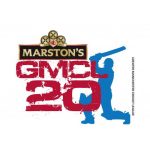