A glorious Bank Holiday weekend was, on the whole, a successful one for our teams.

The 1st XI faced consecutive days of playing in warm conditions in the Bolton postcode district.  Were they up to the challenge? You bet they were!  Saturday saw a trip to Edgworth (not Egerton, Mr Chairman!) in the League where, having lost the toss, we restricted the hosts to 182/9 – the wickets shared evenly with 2 apiece for Scott Kirwin (one with the first ball of the match), Mark Selby, Kyle O’Reilly & Jody Clough, and 1 for Ben Tighe, who managed just 4 overs due to injury.

In truth, the target was reached relatively comfortably, by 6 wickets and with more than 8 overs to spare. Just as the wickets had been shared around, so were the runs – Captain Adam Hawley top-scoring with 39, accumulated at a rather more sedate pace than his opening partner Mark Dillnut’s 30, which took just 12 balls. Lahiru Jayakody, Scott Kirwin & the impressive young Ryan Waterhouse made contributions of 20-plus.

The aching limbs reconvened on Sunday, for a trip to Unsworth in the 1st round of the Derek Kay Cup. On a day even warmer than Saturday, and a surprisingly dry track given all the recent rain, Adam had no hesitation in batting first on winning the toss. As on the previous day, he made a considered 39, but the innings very much belonged to Scott Kirwin, who scored a magnificent 120 from 131 balls – cutting loose in the latter part of his innings after a steady start and, with solid lower-order support from Jody Clough, navigating us to 234/9 from our 50 overs.

Having been dismissed for just 58 in a League match 24 hours earlier, the hosts would surely have felt a little intimidated by such a target. Although they started well enough, reaching 110/3 towards the mid-point of their innings, they then collpased even more spectacularly than on Saturday, when their last 7 wickets had added just 19 runs. On this occasion, the middle and lower order could muster just 10 additional runs, as 110/3 became 120 all out in little over 6 overs, “Larry” returning 5/14, including a remarkable spell of 5 wickets for 3 runs….and they were all wides! So, an emphatic 114-run win secured our place in the last 16 of the competition.

DSL came through a hard fought game in hot conditions. Having won the toss and elected to bat, Dukinfield got off to a great start, thanks to the experience of ex-Saint David Mayne and, at 135/2 in the 30th over, a big score looked likely.  Enter Danny Moss (1/15), whose dismissal of Mayne for 74 was to prove vital as we gained confidence and the belief that we could restrict the visitors to a “gettable” target. And we did just that, dismissing them for 194 in the 43rd over – Kieran Parkinson returning figures of 6/40 from 12.1 overs, his first 5 wicket haul for the Saints.

In reply, Danny Moss and Luke Gilmore got us off to a great start with a 98-run opening stand. With the loss of Danny for 60 and Kieran for 1, it was very much “game on” as we were reduced to 120/3 in the 26th over. However, the experience of Casey Roche (26*) and Danny Hall (25) steadied the ship with a crucial 43-run partnership for the 4th wicket. It was left to young prospect Kian Clough (13*) to seal a well deserved win in a game which could have gone either way.

Thanks for that, Archie! The Sunday action at HQ saw a very young 3rd XI, led by stand-in skipper Liam Scholes – Dan Moriarty being away on 1st XI duty – up against a strong Denton West team. The visitors won the toss, and took advantage of perfect batting conditions to amass a daunting 256/5 from their 40 overs – Kian being the pick of the bowlers (3/20 from 6 overs). As had been the case on Saturday, Luke featured in a positive start to the run chase, before being run out for 35 in the 13th over, with the score on 76. As wickets fell steadily around him, fellow opener Chris Farrell tried in vain to hold things together, remaining unbeaten on 65 from just 67 balls, as our innings finished with the score on 150. There are better days ahead for the 3rd XI this Summer, though, you can rest assured of that! 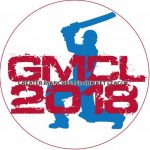