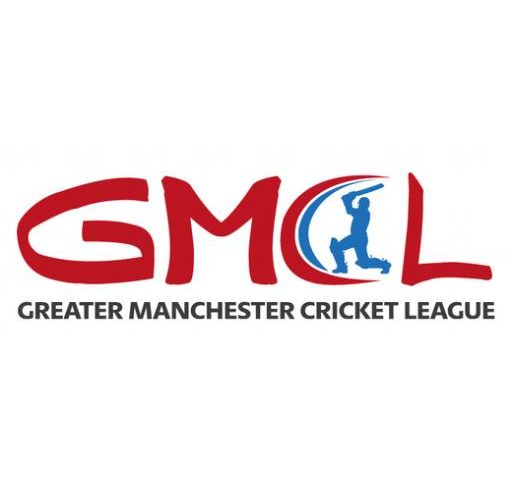 AND THE SAINTS GO MARCHING ON, ON, ON!

After the rain caused Friday night’s opening GMCL20 game to be abandoned after just 7 overs, a brighter weekend in the sky was mirrored on the field with (once again) wins for all 3 of our Senior Teams.

1st XI Skipper Adam Hawley chose to bat against Prestwich at Sycamore Park, and he & fellow opener Liam Parkinson were only separated in the 20th over, when the latter was bowled for 34. Adam went on to become the first of three half-centurions in our innings, before being trapped lbw for 51 in the 34th of what, thanks to a brief hail shower earlier in the afternoon, was now a 48 overs per side contest. Scott Kirwin was next to raise his bat to acknowledge the applause of the appreciative spectators, sweeping his way to 50 off just 54 balls, as the tempo of the innings increased. After his dismissal for 58, and a quick-fire 39 from Neil Hornbuckle, we were 217 for 4, with just over 5 overs to go. Mark Dillnutt (20*) & Matt Sonczak (51*) put those overs to good use, enabling us to finish on 281 for 4 – Matt reaching his 35-ball 50 in the final over.

The vagueries of the Duckworth-Lewis-Stern method meant that, because of the weather interruption to our innings, the visitors’ victory target wasn’t 282 – it was…..wait for it….283! By the 5th over, there was a 2, an 8 and a 3 in their score, as they stumbled to 28 for 3 – Aussie Nick Bailey striking in each of his first 3 overs. He would also take the 4th wicket – finishing with 4 for 60 – before Lee Dale & Sam Holden set about repairing the damage. Both completed fifties, off 88 & 45 balls respectively, as they added 117 in 22 overs. Then it was Tiger time – after 8 wicket-less overs, Ben Tighe vindicated Adam’s patience & faith in him by bowling Dale for 64, which would prove to be decisive. He added the scalp of Holden (69) in his next over before, aided by the now obligatory lower-order wicket for Matt Sonczak, mopping up the tail to finish with 5 for 80 from 13 overs. Neil Hornbuckle bowled his full quota of 15 overs unchanged in the middle of the innings and, although wicket-less, gave away a miserly 47 runs, not one of whch was a boundary, as a 63 run victory under DLS put DSL on top of the League.

The 2nd XI headed to the vast playing area that is Heywood CC and, once the pre-match rain had reduced the match to 41 overs per side, found themselves in the field after Danny Hall had lost the toss. The hosts’ top order all “got in”, to a point, but all got out, too, the highest score off the bat being 24, although that perennial lower-order stalwart “extras” contributed 35 – of which some 29 were wides – as Heywood finished on 143 for 6. Kabs Akram (3/24), Jody Clough (2/38 from 13 overs), and Lewis Wilson (1/21) were the wicket-takers.

Despite the early loss of Danny Moss, the victory target was achieved fairly comfortably, for the loss of 5 wickets, with some 5.3 overs to spare. Kabs top-scored with 47, with Nomi Muhammed unbeaten on 38 at the end. Kian Clough’s 20 was noteworthy for the fact that it contained a 6 – a rare sight indeed on that ground! The win keeps us level on points with Saddleworth at the top of the table – the Division’s only 2 unbeaten teams meet at HQ on June 1st.

On to Sunday, and Kian was in action again, winning the toss & electing to bat as the 3rd XI hosted Woodhouses in glorious conditions. Zak Gregory was once again in big-hitting mode, plundering 73 off just 48 balls, with 8 fours & 4 sixes. His departure came just after the mid-point of the innings with the score on 124 for 3. We finshed on 203 from 37.4 overs – Lewis Wilson (31), Kian (25) & Neil Jackson (23) being the other main contributors.

Lewis & Neil then made early inroads into the visitors’ reply, reducing them to 46 for 3 before the 2 most substantial partnerships of the innings brought respectability to the score, without causing undue concern to Kian’s team. The dismissal of Ethan Pietkiwicz – one of three members of the Pietkiwicz family in the team – for 61 by Zak saw Woodhouses subside from 142 for 4 to 153 all out in the space of just 5 overs, resulting in a comfortable 50-run home win. Zak finished with 3 for 19, but he was upstaged in the wickets column by Archie Moore….yes, you read that correctly! The veteran 2nd XI wicket-keeper seized the chance to turn his arm over for the Sunday team, and finished with 4 for 19. We shouldn’t be surprised by this success though, as he is more likely to eat pies than bowl them! (sorry Arch, couldn’t resist!) 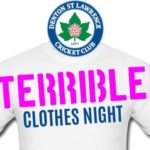