CONGRATULATIONS TO JON CRESSWELL who, thanks to the rejuvenated Man Utd winning last night, walks away with our JACKPOT OF £2,190!!!! Admittedly, it’s not quite £115 Million, but a decent enough way to start 2019, nonetheless! Here’s how he did it:

Conveniently, the upcoming weekend is an FA Cup weekend, giving us a bit of breathing space to get the next comp up & running. WEEK 1 will cover the games from Saturday 12th to Monday 14th January, which are these:

***The DEADLINE for submitting your team for WEEK 1 is 12 NOON on THURSDAY 10TH JANUARY – but early entries would be greatly appreciated!***

The Jackpot will be confirmed once all entries are in. As the last Jackpot was won by Jon, we start again from scratch. DO PLEASE SPREAD THE WORD among family / friends & colleagues too, and we’ll add any “newbies” to the mailing list – MORE PLAYERS = BIGGER JACKPOT & also boosts Club funds!! LET’S GET A RECORD NUMBER OF PLAYERS ON BOARD!!!!

E-mail dsllastmanstanding@gmail.com for more info – you can also find us on Twitter @DslLastMan, and Facebook – “DSL Last Man Standing”.

GET IN TOUCH & GET INVOLVED!!! 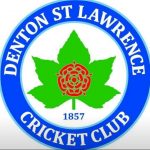